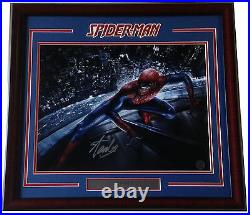 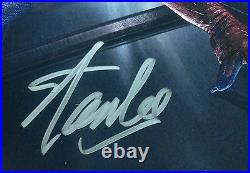 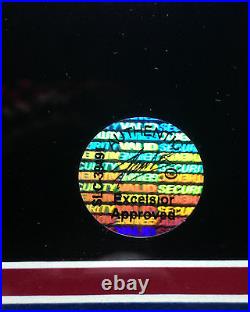 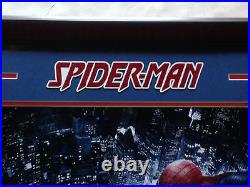 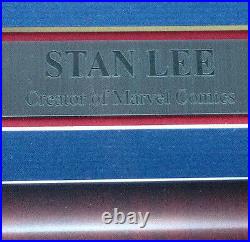 This is a beautiful Spiderman 16x20 photograph that has been hand signed by legendary Spiderman creator, Stan Lee. This photograph is certified with Stan Lee's own hologram EXCELSIOR FROM A PRIVATE SIGNING IN ORLANDO FLORIDA The final framed dimensions are 25x27 inches FRAMED BEAUTIFULLY. IN PERSON THIS LOOKS INCREDIBLE!!

In addition, he headed the first major successful challenge to the industry's censorship organization, the Comics Code Authority, and forced it to reform its policies. Lee subsequently led the expansion of Marvel Comics from a small division of a publishing house to a large multimedia corporation. He was inducted into the comic book industry's Will Eisner Award Hall of Fame in 1994 and the Jack Kirby Hall of Fame in 1995. Lee received a National Medal of Arts in 2008. We have an actual store for over 28 years, Cardboard Memories located in Commack, Long Island New York Owner Scott Stimell is a nationally recognized memorabilia expert having consulted for the FBI & JSA (James Spence Authentication).