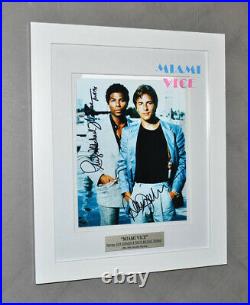 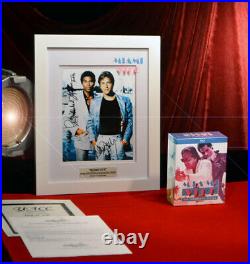 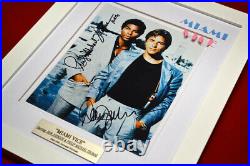 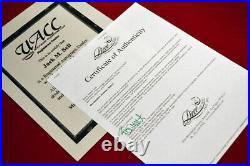 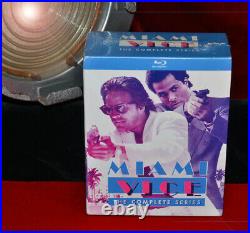 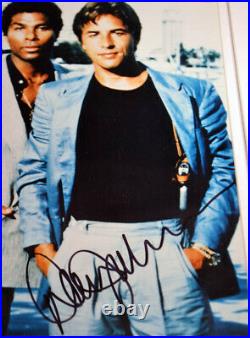 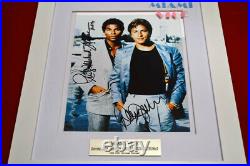 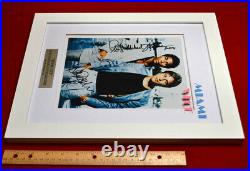 This particular Framed Collection includes an Original 8X10 Studio Color PHOTO Signed by the Legendary Stars & Golden Globe Winner DON JOHNSON & PHILIP MICHAEL THOMAS. With the original Certificate of Authenticity (COA)... The Autograph is guaranteed genuine for life by world renowned PIECE OF THE PAST AUTOGRAPHS & UACC Registered Dealer #228 + new white glass FRAME with Engraved PLAQUE & logo + a factory sealed BLU RAY DVD Boxed Set of all the seasons from "MIAMI VICE" television show! As a TV & Movie DIRECTOR and a lifetime member of the Director's Guild of America, D. I was also a huge "MIAMI VICE" Fan along with million of others worldwide..

You get this ORIGINAL Autographed Picture signed by Golden Glove Winner. In BLACK Ink & signed by. That includes this Original COA (Certificate of Authenticity) that is guaranteed genuine for life by world renowned PIECE OF THE PAST AUTOGRAPHS & UACC Registered Dealer #228. This FRAMED EXHIBIT measures approximately 16" X 13" and comes in a new White & Glass FRAME with "Miami Vice" color LOGO attached to the Glass.. It also has an ENGRAVED PLAQUE attached to the frame that describes the stars and title..

The series ran for five seasons on NBC from 1984 to 1989. The USA Network began airing reruns in 1988, and broadcast an originally unaired episode during its syndication run of the series on January 25, 1990. Unlike standard police procedurals, the show drew heavily upon 1980s New Wave culture and music.

The show became noted for its integration of music and visual effects. It has been called one of the "Top 50 TV Shows" by. People magazine stated that Miami Vice was the "first show to look really new and different since color TV was invented". Michael Mann directed a film adaptation of the series, which was released in 2006. Donald Wayne Johnson (born December 15, 1949) is an American actor, producer, director, singer, and songwriter.

He played the role of James "Sonny" Crockett in the 1980s television series Miami Vice and had the eponymous lead role in the 1990s cop series. Johnson is a Golden Globe winning actor for his role in Miami Vice and has received a star on the Hollywood Walk of Fame. (born May 26, 1949) is an American retired actor and musician. Thomas' most famous role is that of detective Ricardo Tubbs on the hit 1980s TV series Miami Vice. After his success in Miami Vice, Thomas appeared in numerous made-for-TV movies and advertisements. The original AUTOGRAPH has been stored in an acid free case in a smoke free, pet free environment until removed to put in the exhibit. This one-of-a-kind framed "MIAMI VICE" AUTOGRAPH is framed and ready to display in your Media Room, Office or Museum! The condition of the Autograph is very good... Colors are bright and makes a nice overall great presentation. Check out our other auctions for more TV & Movie Collections that include other DISPLAYS & COLLECTIONS + other Wardrobes, Props, Art & Autographs.

Sell is a Registered Dealer with the U. We are proud that some of our memorabilia is on display in the SMITHSONIAN, Washington, D. Heimdell51 Praise: Great guy; very prompt & efficient service & exc. Packaging; got a free bonus too!

Circus10 Praise: Fabulous costume, vintage RBBB. Belfast Praise: Wonderful Ebayer & with genuine COA's too! THANKS TO THE OTHER 10,000 GREAT EBAYERS WE'VE HAD THE HONOR OF WORKING WITH FOR OVER 20 YEARS.... AND, WE LOOK FORWARD TO MEETING MANY MORE GREAT EBAYERS IN THE FUTURE FROM ALL OVER THE WORLD!

If this autograph is declared not to be authentic, we may ask the purchaser to supply the full written opinion of one competent authority acceptable to us. This particular Framed Collection includes an Original Color 8X10 Studio PHOTO Signed by the Legendary Stars & Golden Globe Winner DON JOHNSON & PHI0LIP MICHAEL THOMAS. With the original Certificate of Authenticity (COA) that guarantees the Autograph genuine for life by world renowned PIECE OF THE PAST AUTOGRAPHS & UACC Registered Dealer #228 + new white glass FRAME with Engraved PLAQUE & LOGO + a factory sealed BLU RAY DVD Boxed Set of all the seasons 1-5 from "MIAMI VICE" television show!

A GREAT piece of Television history.... A real "One of a Kind" Find & Conversation Pieces.... Movie & Television Props & Autographs could make for a good investment as well! Check out our other auctions for more great finds that include Props, Costumes & Autographs for your favorite movies... Imagine giving this great Autographed "MIAMI VICE" Cast Collection to the fan in your family or just keeping it for yourself for what could be a good investment!

This item is in the category "Entertainment Memorabilia\Autographs-Original\Television". The seller is "jackmsell" and is located in New Port Richey, Florida. This item can be shipped worldwide.