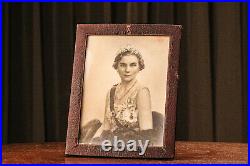 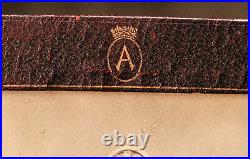 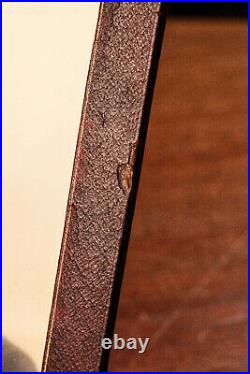 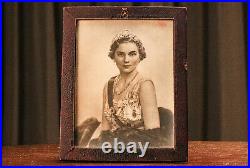 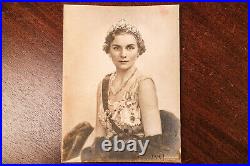 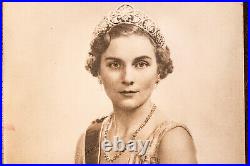 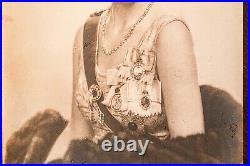 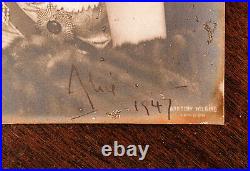 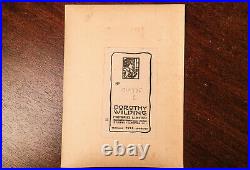 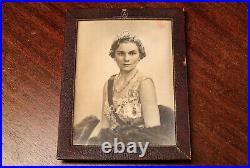 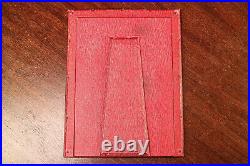 A rare original photograph of Princess Alice in a leather and wood presentation frame. The front top of the frame features the letter "A" surmounted by a crown. The front is a brown leather with gold accents and the back of the frame is wood.

There is some age-related wear to the frame and photograph but no major condition issues to report. The fame measures 9.5 inches high and 7.25 inches wide.

The frame's border width is. The size of the photograph is approximately 7.75 inches high by 5.75 inches wide.

Princess Alice, Duchess of Gloucester, GCB, CI, GCVO, GBE (born Alice Christabel Montagu Douglas Scott; 25 December 1901 29 October 2004) was the wife of Prince Henry, Duke of Gloucester, the third son of King George V and Queen Mary. She was the mother of Prince William of Gloucester and Prince Richard, Duke of Gloucester. The daughter of the 7th Duke of Buccleuch, Scotland's largest landowner, she became by marriage a princess of the United Kingdom, and a sister-in-law to Edward VIII and George VI. She was thus an aunt by marriage to Elizabeth II.

Princess Alice was extremely well travelled, both before and after her marriage. At the time of her death at 102 in 2004, she was the oldest living member of the British royal family. The item "Princess Alice Antique Royal Presentation Frame Signed Autograph Photo1947" is in sale since Sunday, February 28, 2021.