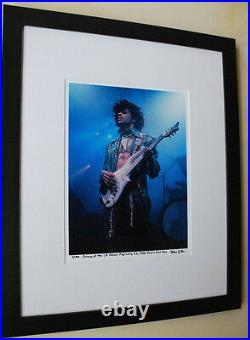 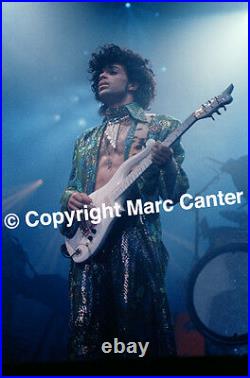 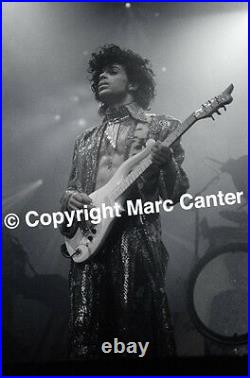 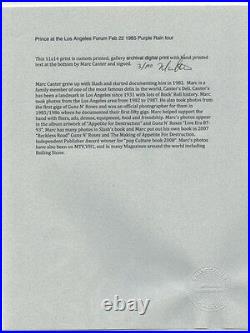 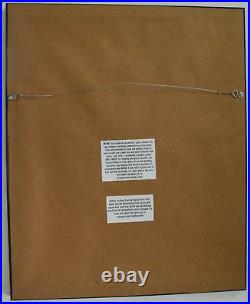 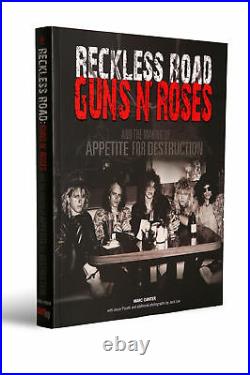 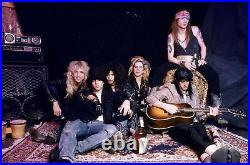 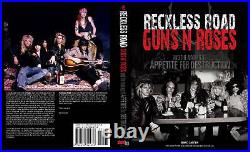 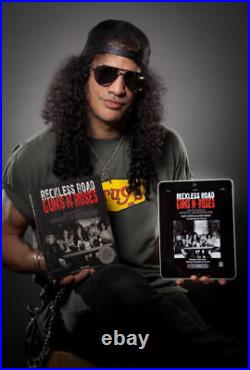 53/100 at the Los Angeles Forum Feb 22 1985 Purple Rain tour. With hand printed text at the bottom by Marc Canter and signed.

It's matted and framed in a. This one comes with the custom framing for free. This is something you hang up in you living room. This is fine art and is something special. Every time you walk by it and look at it you will know it.

Also this photo is available in Black and White. Gallery Archival custom Digital Photo with hand printed information from the gig and Signed.

Grade acrylic with UV filtering and acid free materials. Certificate Of Authenticity letter included in photo #4. Free in the USA and 29.95 anywhere else. Below is some info about me. Also in the photos you can see my book Reckless Road a book about Guns N Roses first 50 gigs in Los Angeles.

I also sell signed copies of the book for 26.95. Check out my other items there are many other custom limited edition photos up for sale. Marc Canter grew up with Slash and started documenting him in 1982.

Marc is a family member of one of the most famous delis in the world, Canters Deli. Canters has been a landmark in Los Angeles since 1931 with lots of Rock Roll history. Marc took photos from the Los Angeles area from 1982 to 1987. He also took photos from the first gigs of Guns N Roses and was an official photographer for them in 1985/1986 where he documented their first fifty gigs. Marc helped support the band with fliers, ads, demos, equipment, food and friendship.

Marcs photos have also been on MTV, VH1, and in many Magazines around the world including Rolling Stone. Marcs my best friend; and one of the only good friends that is consistent in my life. There isnt a better person to actually release any material having to do with the coming together and history of Guns N Roses, Where it went and what was going on behind the scenes. When Guns N Roses formed, Marc became like the sixth guy in the band. He believed in us from the beginning and had a much broader view of what the band was about than even we had.

He documented the whole thing tirelessly. From the Appetite for Destruction credits.

Product Description for the book Reckless Road. When teenager and amateur photographer Marc Canter set out to document his best friend Saul Hudson's rise as a rock guitarist in 1982, he never imagined he was documenting the genesis of of the next great rock'n' roll band. His friend became the legendary guitarist Slash, and Canter found himself witnessing the creation of Guns N' Roses front and center.

With 1000 plus unseen photos. Interviews with over 20 people including band members, roadies strippers, girlfriends, Tom Zutaut the A&R guy that signed the band, Mike Clink the guy who produced the record, Steve Thompson & Mike Barbiero the guys that mixed the record, and close friends of the band. The book has a code inside that becomes alive when you see it online like dvd/cd extras. There are online audio extras from the shows and video interviews. The book is well designed and is a must for any GNR fan. This book covers 10 of the 12 songs off Appetite For Destruction the first time they were played! The item "Prince Purple Rain tour 1985 LA Forum RARE fine art photo framed signed # 53/100" is in sale since Thursday, April 9, 2020. This item is in the category "Entertainment Memorabilia\Music Memorabilia\Rock & Pop\Artists P\Prince\Posters". The seller is "marccanter" and is located in Los Angeles, California. This item can be shipped worldwide.