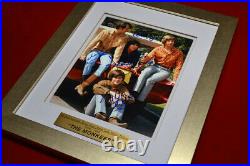 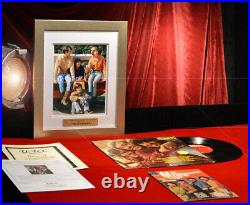 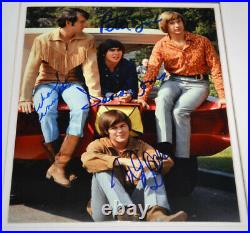 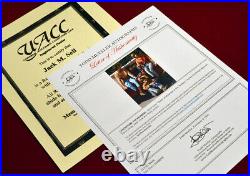 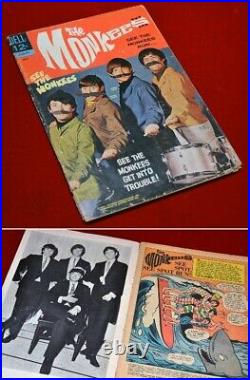 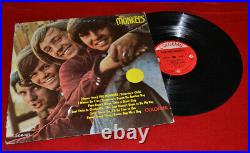 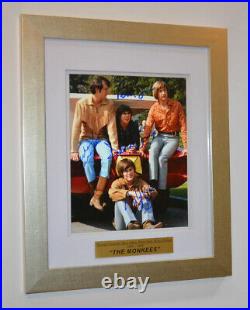 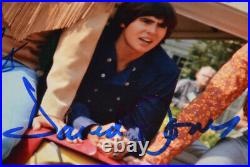 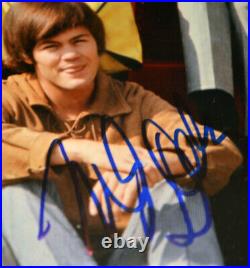 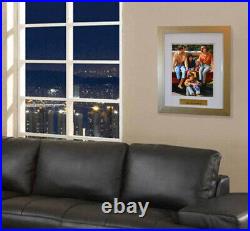 Color 8x10 Photo signed by all 4 members of "The Monkees". A new FRAME with engraved description PLAQUE. Certificate of Authenticity for the AUTOGRAPHS from world renowned TODD MUELLER AUTOGRAPHS, also guaranteed by UACC RD#228. Signed by all the MONKEES: Micky Dolenz, Michael Nesmith, Peter Tork and Davy Jones. This AUTOGRAPH includes this Original COA (Certificate of Authenticity) from world renowned TODD MUELLER AUTOGRAPHS and is also guaranteed genuine for life by UACC Registered Dealer #228...

One of the Greatest MUSIC GROUPS of all time... This collection also includes this original "Monkees" LP Record.. This record was obviously played when I was a kid, but is still in overall fair condition with great songs on it! A GREAT GIFT Collection for the MONKEES Fan! In this great MONKEES Collection you get this ORIGINAL Rare Autographed 8X10 Color PHOTOGRAPH Signed by all 4 stars... Micky Dolenz, Michael Nesmith, Peter Tork and Davy Jones... Mounted under the new double matte frame with engraved PLAQUE on the glass. This FRAMED EXHIBIT measures approximately 16" X 13".. It has this ENGRAVED PLAQUE attached to the frame that reads. And just ready to hang and enjoy on the wall of your Home, Office, Media Room or Museum. A GREAT GIFT for the Monkees FAN in your Life!! The MONKEES Collection signed by all 4 STARS!

The Monkees are an American pop rock band originally active between 1965 and 1971, with subsequent reunion albums and tours in the decades that followed. They were formed in Los Angeles in 1965 for the American television series The Monkees , which aired from 1966 to 1968. The musical acting quartet was composed of Americans Micky Dolenz, Michael Nesmith and Peter Tork and British actor and singer Davy Jones. The band's music was initially supervised by producer Don Kirshner.

Dolenz described the Monkees as initially being a TV show about an imaginary band... That wanted to be The Beatles, [but] that was never successful. The actor-musicians, however, soon became a real band. For the first few months of their initial five-year career as "The Monkees", the four actor-musicians were allowed only limited roles in the recording studio. This was due in part to the amount of time required to film the television series.

Nonetheless, Nesmith did compose and produce some songs from the beginning, and Peter Tork contributed limited guitar work on the sessions produced by Nesmith. They eventually fought for and earned the right to collectively supervise all musical output under the band's name. The sitcom was canceled in 1968, but the band continued to record music through 1971. A revival of interest in the television show came in 1986, which led to a series of reunion tours and new records. Up until 2011 the group had reunited and toured several times, with varying degrees of success. Despite the sudden death of Davy Jones on February 29, 2012, the surviving members reunited for a tour in NovemberâDecember 2012 and again in 2013 for a 24-date tour. At their peak in 1967, the band outsold The Beatles and The Rolling Stones combined. The original AUTOGRAPHS have been stored in an acid free case in a smoke free, pet free environment until removed to put in the exhibit. This one-of-a-kind framed Autographed "The MONKEES" display is framed and ready to hang on your wall of you Media Room, Office or Museum! Check out our other auctions for more TV & Movie Collections that include other Movie & Television COLLECTIONS + other Wardrobes, Props, Art & Autographs.

Circus10 Praise: Fabulous costume, vintage RBBB. Belfast Praise: Wonderful Ebayer & with genuine COA's too! THANKS TO THE OTHER 10,000 GREAT EBAYERS WE'VE HAD THE HONOR OF WORKING WITH FOR OVER 20 YEARS.... AND, WE LOOK FORWARD TO MEETING MANY MORE GREAT EBAYERS IN THE FUTURE FROM ALL OVER THE WORLD! If this autograph is declared not to be authentic, we may ask the purchaser to supply the full written opinion of one competent authority acceptable to us.

This is a Great Framed "The MONKEES" ORIGINAL Signed 8X10 COLOR PHOTO that includes all 4 Rare Star Signatures of. All mounted inside a new beautiful FRAME with engraved Description PLAQUE...

Of course, you also get the Original (COA) Certificate Of Authenticity from PIECE OF THE PAST that is guaranteed genuine for life by UACC Registered Dealer #228... The collection also includes a vintage LP Record & vintage Comic. A GREAT piece of MUSIC History.... A real "One of a Kind" Find & Conversation Pieces....

Music, Movie, Television Props & Autographs can make for a good investment as well! Check out our other auctions for more great finds that include Props, Costumes & Autographs for your favorite movies & tv shows... A GREAT AUTOGRAPH COLLECTION and MEMORABILIA from this classic MUSIC GROUP! 4 VERY RARE & VALUABLE "One Of A Kind" FRAMED Original AUTOGRAPHS!!

The item "MONKEES Signed ALL 4 AUTOGRAPH Display, Frame, COA, UACC #228, Comic, LP Record" is in sale since Thursday, February 27, 2020. This item is in the category "Entertainment Memorabilia\Autographs-Original\Music\Rock & Pop\Photographs". The seller is "jackmsell" and is located in New Port Richey, Florida.