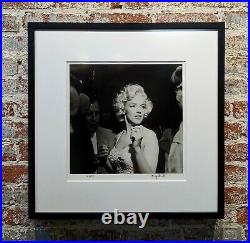 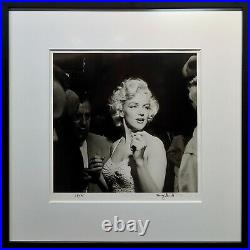 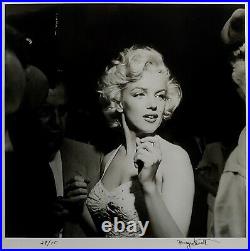 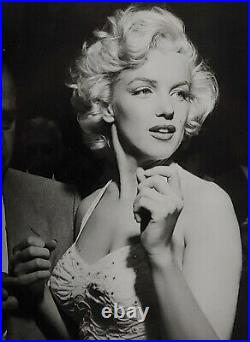 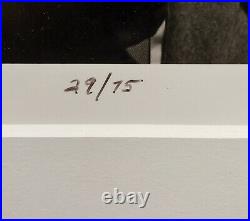 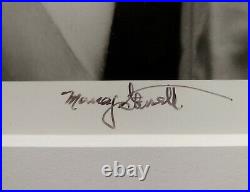 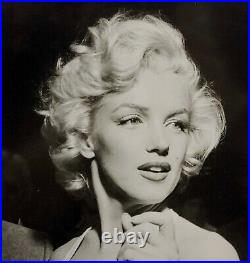 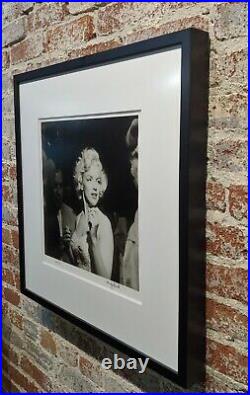 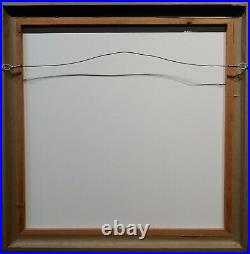 Made directly from the original negative. Image size 14x14" - frame 25x25". From the 1940s until he hung up his cameras in the 1960s New York native, Murray Garrett, was one of the most sought after event and celebrity photographers in the country. With his medium format cameras, like the Speed Graphic and Rollieflex, he deftly captured the lives of the entertainment industrys elite and other popular figures of American culture and high society.

Garrett was consistently welcomed into the innermost circles of Hollywood during its golden age, and produced many iconic, revealing and memorable black and white photographs of an industry where image is everything. As Bob Hope writes:There are photographers, and then there is Murray Garrett. He has a magic eye or a secret device in his camera that captures something different, something special that is missed by other photographersAll of Hollywood recognized the genius of Garrett.

He was always that one photographer who stood on the inside of the ropes at all the events. Originally from Brooklyn, Murray Garretts career as a distinguished documentary photographer began while he was still in his teens when he landed a part time job at Graphic House in New York City as the assistant to the legendary theatrical photographer, Eileen Darby.

While under Darbys tutelage, Garrett received his first major assignment in the early 1940s when he was sent to cover first lady, Eleanor Roosevelt, and labor leader Phillip Murray while they attended a musical in Newark, New Jersey. Shortly thereafter, Garrett relocated to Los Angeles to oversee the establishment of the photo agencys West Coast office. Within a year of his move Garrett was promoted to the position of bureau chief at Graphic House and was completing assignments for almost every major publication in the country including TIME, LOOK and LIFE. For the next 25 years his career flourished into one of the most notable in the genre of celebrity portraiture and reportage. Not only did Garrett cover all of the major Hollywood premiers and galas during the height of film industry glamour, he was granted exclusive access to intimate private events and welcomed into the everyday lives of Hollywoods highly celebrated stars.

Garrett held an esteemed position as Bob Hopes personal photographer for over two decades. He was the only photographer invited to accompany Richard Burton, Elizabeth Taylor and their children as they flew by private helicopter to Disneyland, and to cover Frank Sinatras surprise 21st birthday party for Natalie Wood.

His frequent friendships with the whos who of Tinseltown allowed Garrett to capture rare and fleeting moments with unmatched elegance and ease. He produced a vast body of work that is at once tender, majestic, humorous, and insightful. It is a stunning testament to the sophistication and style of one of the most important periods in cinematic history and a fascinating American timecapsule, rendered beautifully in black and white. Murray Garrett has served on the board of directors of the National Academy of Recording Arts and Sciences.

His work was the subject of a major retrospective at the Academy of Motion Picture Arts and Sciences in 1989. Two monographs of his photographs with accompanying commentary have been published: Hollywood Candid (2000) currently in its third printing, and Hollywood Moments (2002). A beautiful piece that will add to your décor! Please check all the photos. Should you have any inquiries, please do not hesitate to ask a question or call 310 293 2442. The item "Marilyn Monroe 1953 Hollywood Original Signed Photograph by Murray Garrett" is in sale since Wednesday, February 12, 2020.