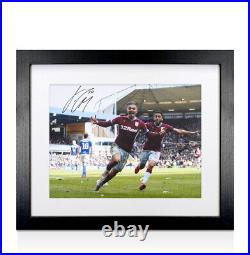 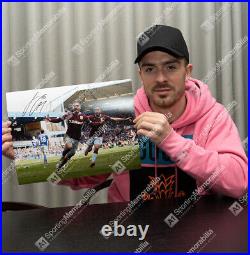 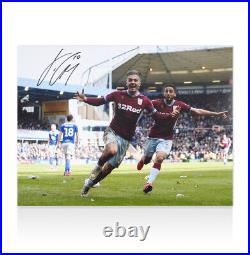 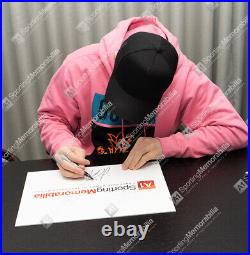 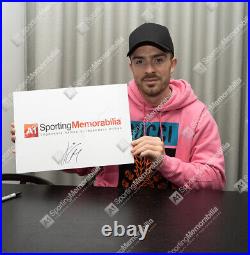 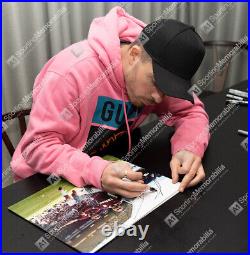 Each item comes complete with its own official certificate of authenticity which serves as proof that your item is genuine. Every signed item we sell is genuinely hand signed. Due to the fact that every signed item we sell is hand signed the image displayed of the product is used as an example - the signature size, position and style may vary slightly. Approximate size: 18.5 x 22.5 inches. Every signed product is issued with a Certificate of Authenticity (COA), which guarantees that every item has been hand-signed.

The certificate includes many security features to avoid duplication and protect your investment. Below is an example of our Certificate of Authenticity.

With the marketplace now flooded with fakes it is very difficult to distinguish between genuine items that have to potential to increase in value and worthless counterfeits. A1 Sporting Memorabilia puts its name to every item because all of our signed items are 100% genuinely hand-signed.

We conduct official signing sessions, where every star is paid for each individual signature. There can be no marketplace without these sportsmen, so we consider it fair to pay them for their signatures. Certificate of Authenticity - Each item comes with a COA issued by A1 Sporting Memorabilia. Private signing sessions - Ideal conditions for best examples of perfect autographs. Photographic evidence - We are happy to provide online, where possible, a wide range of photos that clearly show the player at a closed signing session arranged and conducted by A1 Sporting Memorabilia or, at the very least, a trusted partner.

We have developed a unique style of authentication video, which creatively showcases both our products and our connection to the players who sign for us. Verifiable company history - A1 Sporting Memorabilia has a long history supplying memorabilia. Exclusive contracts - We have many exclusive contracts with sport legends.

High quality of products - We have the highest possible standards for our products. The materials used and presentation of our items is always of the highest quality to achieve a piece of sporting history. Product range - An ever changing and stunning range of over 2000 unique products and growing! A1 Sporting Memorabilia is Europe's largest distributor of authentic signed sports memorabilia, and has established itself to become the leading challenger in a global sports memorabilia market. At A1 Sporting Memorabilia, we not only have the highest standards of authenticity but we also combine this with unique products and exclusive arrangements with the biggest names in sport.