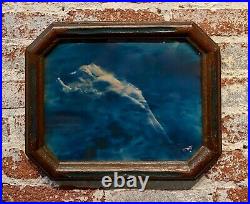 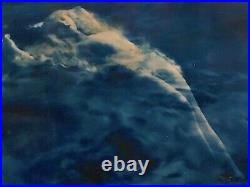 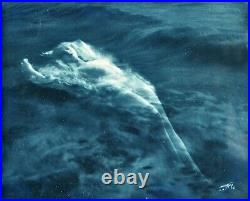 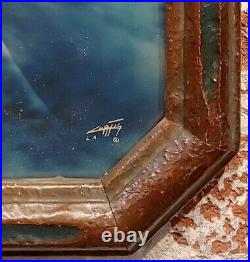 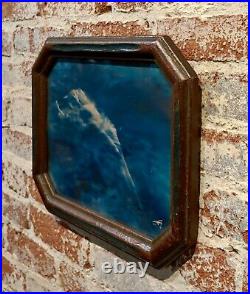 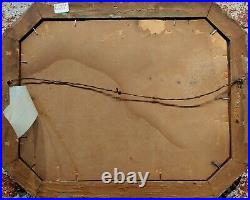 EDWARD SHERIFF CURTIS (1868 - 1952). Born in 1868 near Whitewater, Wisconsin, Edward Sheriff Curtis became one of America's finest photographers and ethnologists. Beginning in 1896 and ending in 1930, Curtis photographed and documented every major Native American tribe west of the Mississippi, taking over 40,000 negatives of eighty tribes. For thirty years, he devoted his life to an odyssey of photographing and documenting the lives and traditions of the Native people of North America.

His photographs had an immense impact on the national imagination and continue to shape the way we see Native life and culture. The family moved to Cordova, Minnesota soon after his birth, where his father continued his vocation as an itinerant preacher. Edward Curtis grew up near the Chippewa, Menomini, and Winnebago tribes, although most traditional Indian life there had disappeared by the time his family arrived in the 1870s. His formal education ended with the sixth grade.

Curtis often accompanied his father on long treks, often by canoe, to visit his far-flung congregation, and these journeys may have been the inception of his love of the outdoors. His interest in photography started in his teens when he built his own crude cameras and taught himself photography from self-help guides.

At the age of seventeen he became an apprentice to a photographer in St. His father's failing health required the family to move to a more temperate climate, and they chose the booming Pacific Northwest.

They moved to Port Orchard, Washington in 1887, but Curtis' father died shortly thereafter and Edward became responsible for the family's income. Edward's gift for photography led him to an investigation of the Indians living on the Seattle waterfront. He then formed a partnership with Thomas Guptill as both photographers and photogravures. In 1893 Curtis married Clara Phillips, and she brought three of her family members to live with Curtis' family. Over the years, Edward and Clara were to have four children. Around this time art became the aspiration of many photographers. Influences from painting, drawing, and printmaking found their way into photographs. Photographers began drawing and painting on negatives as well, and often employed printing processes such as platinotype, gum print, and photogravure to produce soft and atmospheric appearance akin to that achieved by the French Impressionistic painters. The movement known as Pictorialism promoted personal vision and expression in photography. In 1895 Curtis began his Indian photography, and'Princess Angeline', daughter of Chief Seattle, was one of his first subjects. The work won him a high award in a photographic contest. His reputation as a photographer was growing. He invented gold and silver processes, which later became known as'goldtones' and'silver tints'. This was the last great 19th century survey to ascertain the economic potential of America's frontier. Curtis' relationship with Harriman and other members of the group had a great influence on the rest of his life. New glaciers were mapped and photographed and a new fjord was discovered. Rainier, Curtis encountered a group of prominent scientists who were lost, among them George Bird Grinnell, a noted Indian expert who became interested in Curtis' work and invited him to photograph the Blackfeet Indian people in Montana two years later.

It was there that Curtis practiced and developed his photographic skills and project methodology that would guide his lifetime of work among the other Indian tribes. Grinnell was instrumental in instructing Curtis on systematic methods required for gathering scientifically valid information.

Curtis' trip to northern Montana in the summer of 1900 with George Bird Grinnell, who became his early friend and mentor, was his first known formal photographing venture and likely the most profound experience of his life. During the expedition Curtis had the opportunity to photograph one of the last great enactments of the deeply sacred Sun Dance of the Piegan and Blackfoot tribes. The Sun Dance is primarily a supplication and sacrifice for supernatural aid and spiritual power, but also an affirmation of community and of personal vows, with entire tribes, thousands of individual lodges, coming to feast, give presents to the poor and form alliances with hostile tribes. He was later to describe the ritual as wild, terrifying, and elaborately mystifying.

" "The great Sun Dance circle is sometimes a mile in diameter. Later, travelling on horseback with their pack horses trailing behind, the expedition emerged from the mountains to view the valley floor massed with over a thousand teepees - an awesome sight to Curtis and one that transformed his life. 1901 marked the formal beginning of Curtis' then self and family financed project to study all of the North American Indian tribes. A project as massive as his is almost incomprehensible in this day and age.

In addition to the constant struggle for financing, Curtis required the cooperation of the weather, vehicles, mechanical equipment, skilled technicians, scholars and researchers and the Indian tribes as well. He dispatched assistants, led by W. Myers, to make tribal visits months in advance. With the proper arrangements Curtis would travel by horseback or horse drawn wagon over paths or primitive "roads" to visit the tribes in their home territory.

Once on site Curtis and his assistants would start work by interviewing the people and then photographing them outside, in a structure, or inside his studio tent with an adjustable skylight. Employing these and other techniques over his lifetime he captured some of the most beautiful images of the Indian people ever recorded. He originally thought the project would take 5 years, but it took 30. The "New York Herald" hailed his study as'the most gigantic undertaking since the making of the King James edition of the Bible'. For its completion, it required one and a half million dollars and the assistance of a vast array of patrons, researchers, scientists, editors, master craftsmen, interpreters, tribal elders, and medicine men.

Ultimately the study cost Curtis his family, his financial security and his health. Nevertheless, he pursued his vision with a sense of mission to catalogue how the Indians had lived prior to their contact with the white man. "The passing of every old man or woman means the passing of some tradition, some knowledge of sacred rites possessed by no other', believed Curtis, "...

The information must be collected at once or the opportunity will be lost for all time. His vision was prophetic, as by 1930, the year his first volume was published, few visible vestiges remained of the peoples who had once been the continent's sole inhabitants. The "Shadow Catcher" as he was later called by some of the tribes, took over 40,000 images and recorded rare ethnographic information from over eighty American Indian tribal groups, ranging from the Eskimo or Inuit people of the far north to the Hopi people of the Southwest. He captured the likeness of many important and well-known Indian people of that time, including Geronimo, Chief Joseph, Red Cloud, Medicine Crow and others. His project won support from such prominent and powerful figures as President Theodore Roosevelt and J. In 1906, at President Theodore Roosevelt's inaugural parade, Curtis was asked by Roosevelt to photograph Geronimo and five other Native American chiefs on the lawn of the White House. Roosevelt was to become one of Curtis' most ardent supporters, and the foreword to "The North American Indian" was written by Roosevelt. Upon its completion in 1930, the work consisted of 20 volumes, each containing 75 hand--pressed photogravures and 300 pages of text. A corresponding portfolio containing at least 36 photogravures accompanied each volume. One of Curtis' major goals was to record as much of the people's way of traditional life as possible. Not content to deal only with the present population, and their arts and industries, he recognized that the present was a result of the past, and the past dimension must be included, as well. Guided by this concept, Curtis made 10,000 wax cylinder recordings of Indian language and music. Many of these recordings still survive at the University of Indiana archives, and may be the only extant record of certain lost languages, music, and family histories. Extending the same principle to the photographs, he presented his subjects in a traditional way whenever possible and even supplied a bit of the proper clothing when his subjects had none. Reenactments of battles, moving camp, ceremonies and other past activities were also photographed. In 1919 Curtis' wife, Clara, filed for divorce. The original filing was years earlier, but Curtis was always in the field and could not be made to come to court. Clara continued to manage the photography studio with her sister. At that time Curtis destroyed all of his glass negatives. In 1920 he moved from Seattle to Los Angeles with his daughter Beth, and began his involvement with the film industry by assisting Cecil B. With the publication of volume twenty in 1930, the years of struggle finally took their toll with Curtis suffering a physical and nervous break down. The declining interest in the American Indian, the Great depression, and other negative forces slowed, then halted the successful financial completion of the project. Curtis spent the remaining years of his life with his daughter Beth and her husband in Los Angeles.

On October 21, 1952 at the age of 84, E. Curtis, virtually unknown, died of a heart attack in Los Angeles. A beautiful piece that will add to your décor!

Please check all the photos. Should you have any inquiries, please do not hesitate to ask a question or call 310 293 2442. The item "Edward Sheriff Curtis 1910s Floating Aphrodite-Blue toned Silver Gelatin Photo" is in sale since Sunday, March 22, 2020. This item is in the category "Collectibles\Photographic Images\Contemporary (1940-Now)\Other Contemporary Photographs".

The seller is "pasadena_art_monkeys" and is located in Pasadena, California. This item can be shipped worldwide.